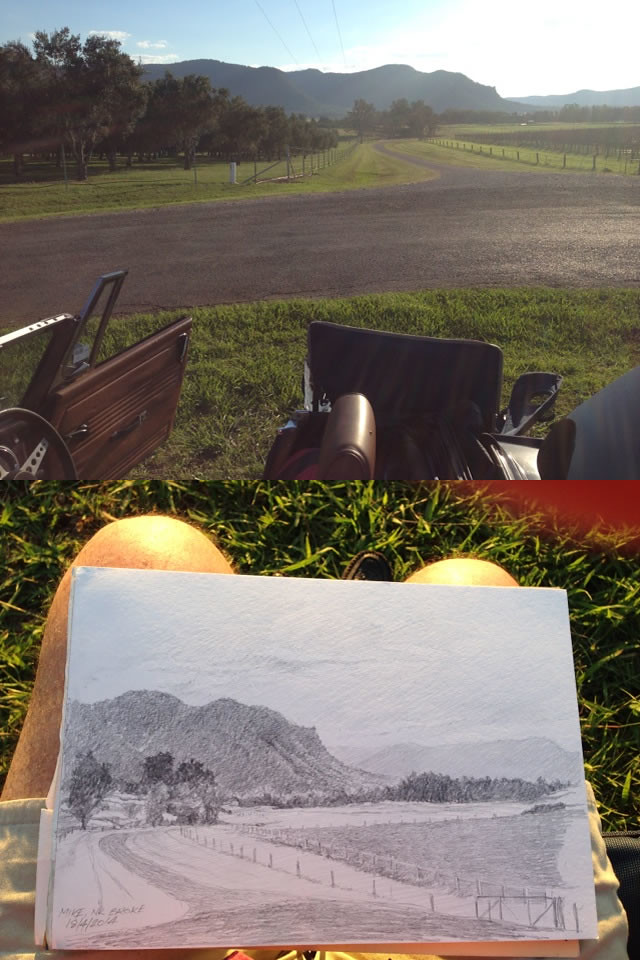 Mike often drives around to do some drawings.

For years I spent many hours working from editors notes and photos supplied by which ever publisher I worked for at the time.
I always knew I had produced a successful illustration as FEDEX came to my studio to “ship” it to New York, based on phone conversations and faxed sketches of the previous few weeks.

Historical accuracy and realism to a high standard was the brief to a deadline. To my satisfaction clients began to contact me from many locations in North America and Canada.

Yes I had to use my creativity, imagination and particularly my knowledge of perspective accompanied by many photos supplied, so I knew exactly what my subject matter looked like…… or so I thought!

Eight years ago I turned down my last freelance illustration from a publisher in Dallas USA, to concentrate on full time teaching, and what a journey that has turned out for me in learning to see properly.

Now I had the time and a resurgent desire to get out of the studio and draw and paint from life, not to look at a flat two dimensional image, a frozen moment, a record.

I knew photo’s cannot tell us the full story either of an object ,a face, or a landscape, its what we don’t see when working from photos the camera cannot see like the eye in term of depth of field, colour warm or cool, how often have I pointed out the distortion to some of my students who just didn’t see it.

The camera is a poor substitute for experiencing emotion in a location we wish to draw or paint.Drawing or painting from life we feel the sensations of engagement with our surroundings. photos are great as reference, a memory jogger, a reminder of how we were feeling at the time if we have to work up our painting in the studio in other words go out and take your own photos! create your own ideas. If I’m short on time after sketching (usually running out of daylight) I take notes and as many photo’s as I can which gives me lots to work with.

The problem I most often see when my students paint from other peoples photo’s is they try to reproduce a painting exactly like the photo ( which is fine for beginners) so it becomes a document more than a painting with too many hard edges ,lacking in so much feeling, as my old Art Director often reminded me ” What you leave out is as important as as what you paint in”.

A startling revelation so far of my last eight years working from life, is my illustration of a First World War battle scene hanging on the wall in the Art School, memory told me it was worth pulling out of the portfolio after ten years and having it framed ( one of the few I received back from America). 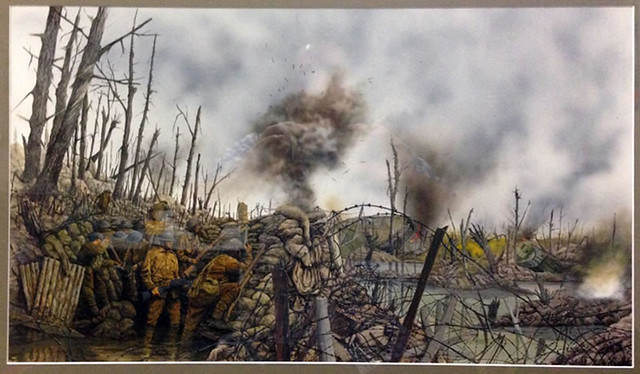 The shock for me, I was looking at a document as per the brief which when appeared in a large format book was accompanied by text, but if i was to paint it now from what I have learned the scene would have much more feeling, brush strokes, texture, a more dominant focal point much more contrast , have look I hope you can see what I mean.

It makes me wonder if I continue on this journey what could I achieve in my painting in the next eight years thats if I don’t fall off the twig in the mean time. 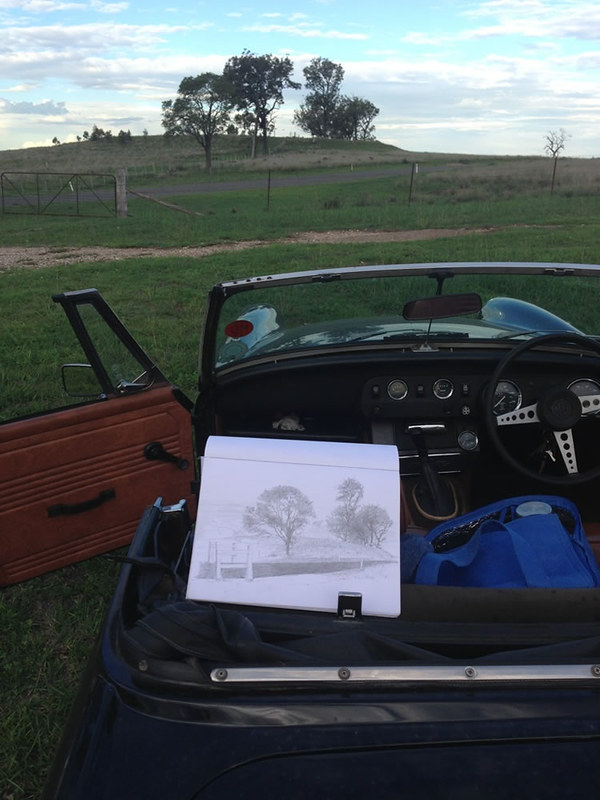 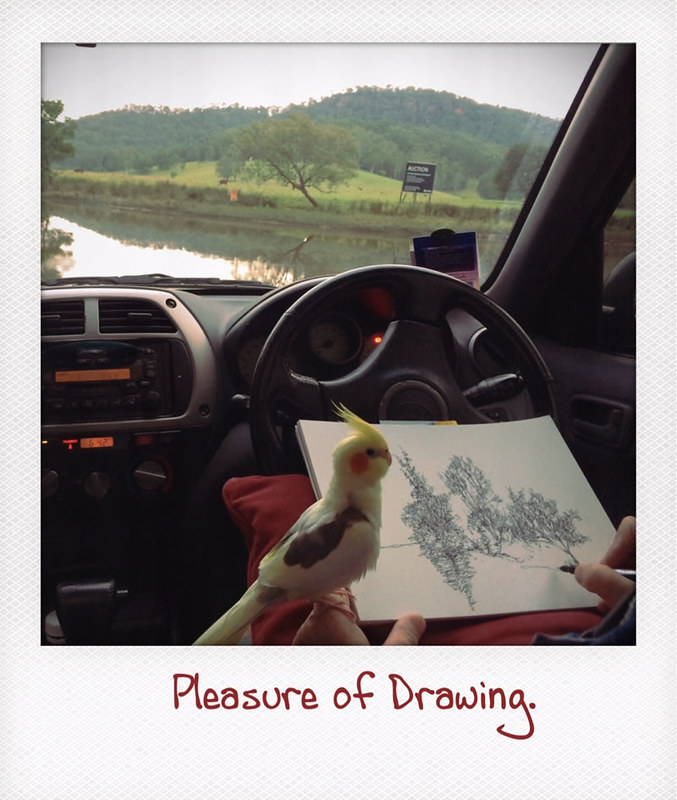