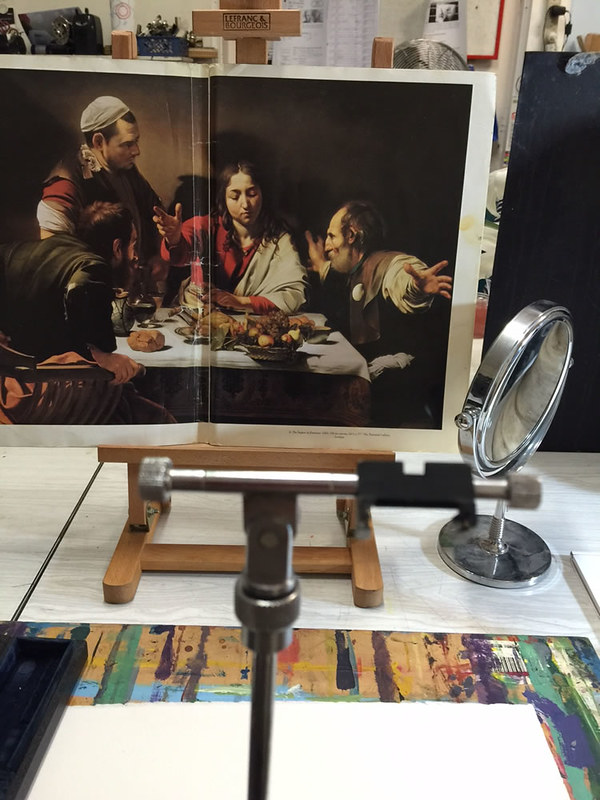 3-6pm Sunday 24th July 2016 $70
At last I have chosen a date to talk, demonstrate and what I consider visual evidence by looking at paintings by Holbein, Vermeer, Velazquez Leonardo, Van Dyke, Raphael, to name a few including a number of drawings from the 19th century.
I will illustrate how I believe the old masters used optics to achieve the results we admire today.
My journey started many years ago as I stood in front of Caravaggio’s Supper at Emmaus  1601 in the National Gallery London.
There was something decidedly odd about the hands I will discuss this in the workshop.
This took me on a journey of exploration that lasted a number of years, at this point I must thank David Hockney for making it easy to put all the pieces together. 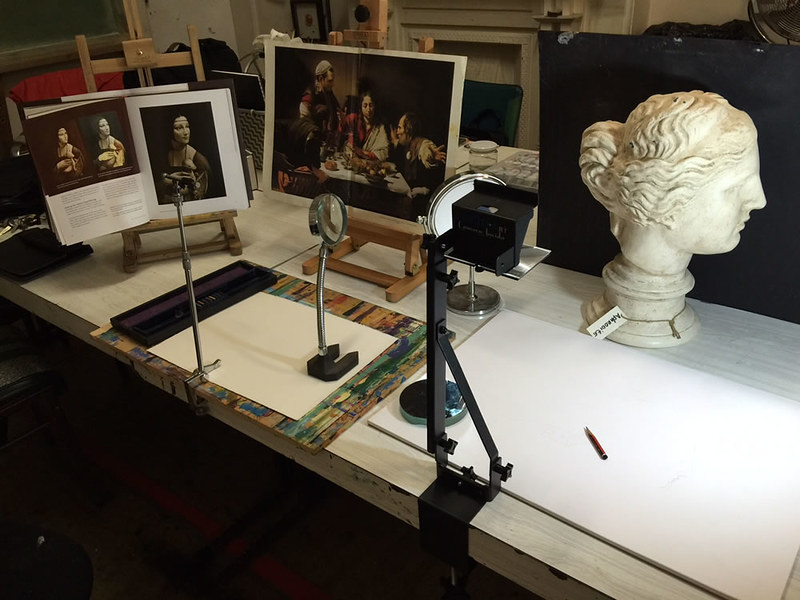 I sent Most of Sunday experimenting with mirrors and lenses, instruments believed to have been used in the 15th and 16th century’s, you will also see in the picture a Camera Lucida a 19th Century drawing device next to a 21st Century Camera Lucida ,which is much easier to use than it’s 19th Century grandfather but still difficult to use as you will find out when invited to try to use it for your self. 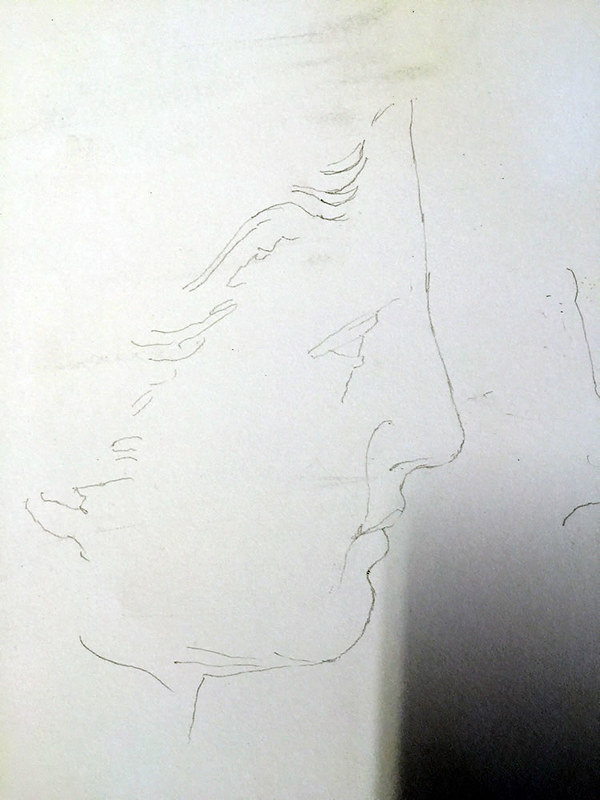 This shows my attempts tracing the outline of the cast of Aphrodite, after an hour or so experimenting it was quite easy took about 30seconds. 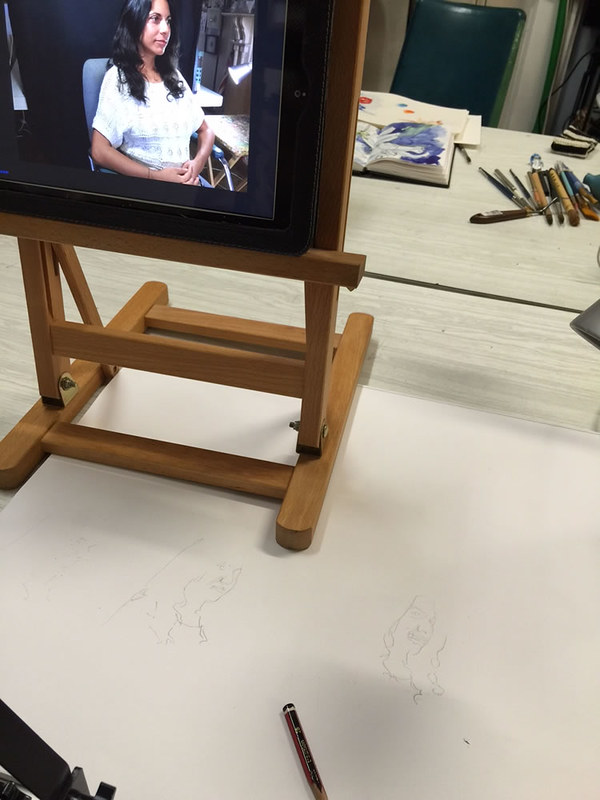 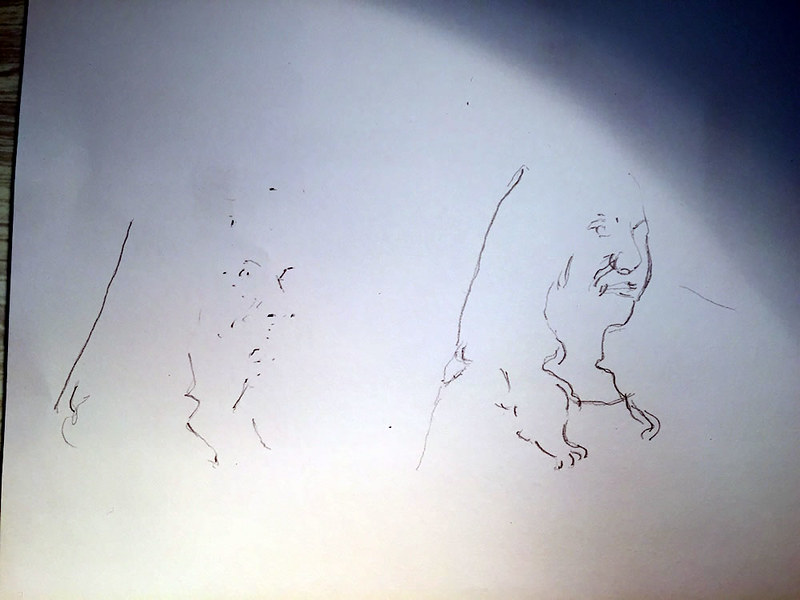 Sarita taken from my ipad from Saturday’s portrait workshop much more difficult several attempts realised it is better to make a few quick notations of proportion then continue using traditional observation skills .
Thanks to Andrew lending me his 21st century Camera Lucida I have finally been able to put this workshop together.