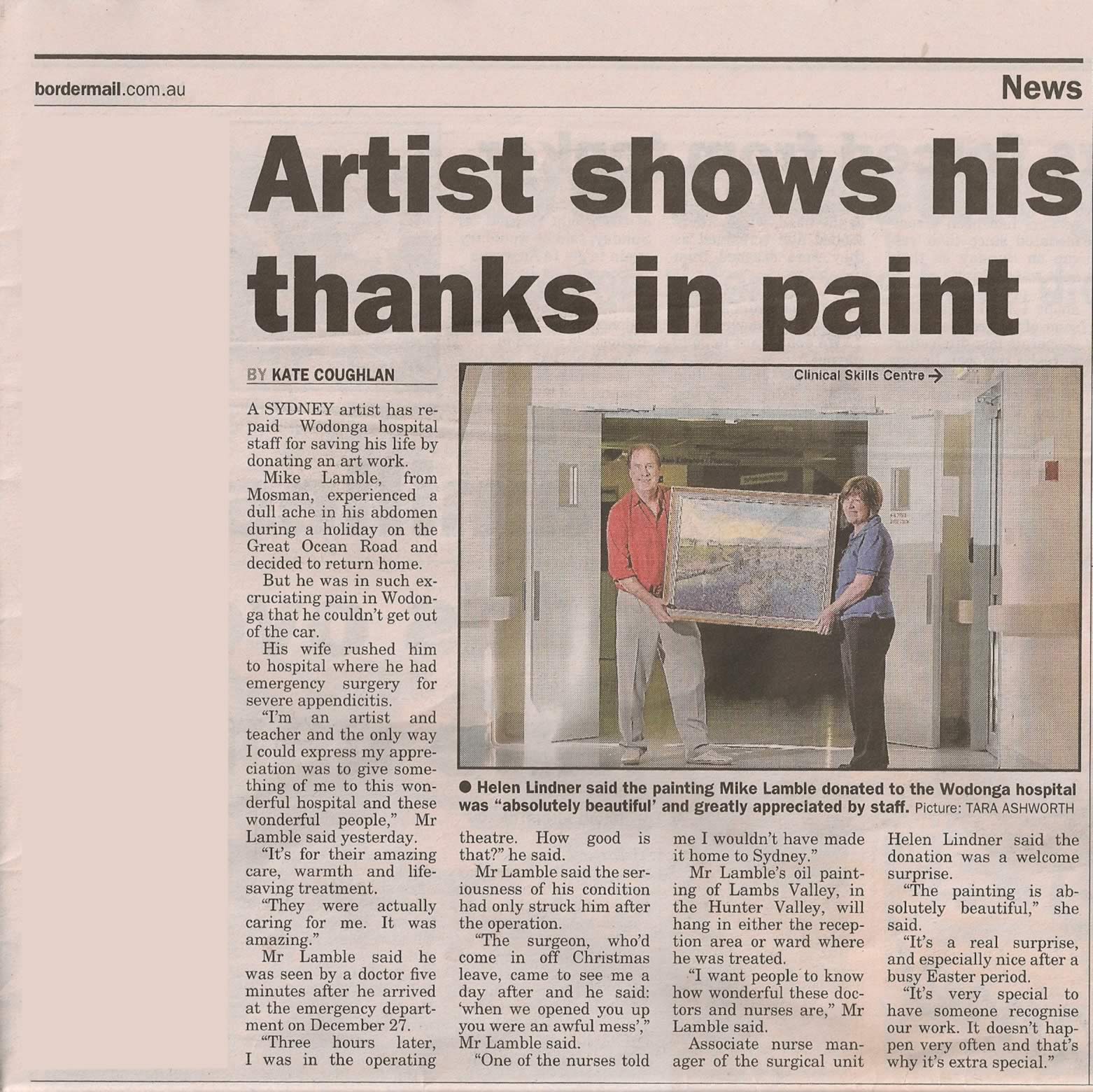 Mike’s story is on the local newspaper(bordermail.com.au) in Wodonga. April 2012 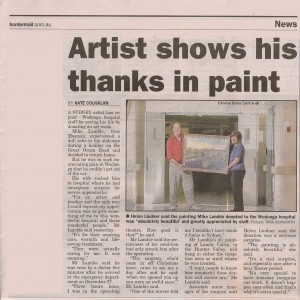 [The following article is from the newspaper of the photo]

Artist shows his thanks in paint

Helen Lindner said the painting Mike Lamble donated to the Wodonga hospital was “absolutely beautiful’ and greatly appreciated by staff.

A SYDNEY artist has repaid Wodonga hospital staff for saving his life by donating an art work.

Mike Lamble, from Mosman, experienced s dull ache in his abdomen during a holiday on the Great Ocean Road and decided to return home.

But he was in such excruciating pain in Wodonga that he couldn’t get out of the car.

His wife rushed him to hospital where he had emergency surgery for severe appendicitis.

“I’m an artist and teacher and the only way I could express my appreciation was to give some­ thing of me to this wonderful hospital and these wonderful people,” Mr Lamble said yesterday.

“It’s for their amazing care, warmth and life­ saving treatment.”

“They were actually caring for me. It was amazing.”

Mr Lamble said he was seen by a doctor five minutes after he arrived at the emergency department on December 27.

“Three hours later,I was in the operating theatre. How good is that?” he said.

Mr Lamble said the seriousness of his condition had only struck him after the operation.

“The surgeon, who’ d come in off Christmas leave, came to see me a day after and he said: ‘when we opened you up you were an awful mess’,” Mr Lamble said.

“One of the nurses told me I wouldn’t have made it home to Sydney.”

Mr Lamble’s oil paint­ing of Lambs Valley, in the Hunter Valley, will hang in either the reception area or ward where he was treated.

“I want people to know how wonderful these doctors and nurses are,” Mr Lamble said.

Associate nurse man­ager of the surgical unit Helen Lindner said the donation was a welcome surprise.

“The painting is absolutely beautiful,” she said.

“It’s a real surprise, and especially nice after a busy Easter period.

“It’s very special to have someone recognise our work. It doesn’t hap­pen very often and that’ s why it’s extra special.” 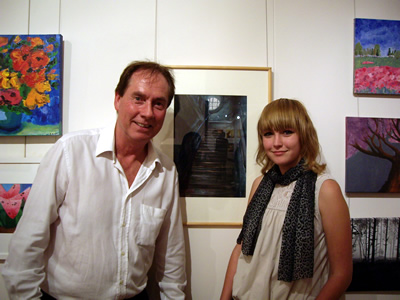